The Greene County Rams football team, cross country team, cheerleaders, coaches, city staff and other volunteers made a huge contribution to moving over 15 ton of debris from the basement of a downtown building.  A bucket brigade on Sunday, August 27 of over 40 volunteers lifted bricks, sand, and rock from the lower level up to the main level and out to the flat bed in the alley.  This could never be accomplished without the strong back and muscles of those young people!

The City of Jefferson acquired the building in 2016 and made structural improvements but the debris remained in the basement.  Jefferson Matters: Main Street received a Challenge Grant to help Rosie & Ray Tucker renovate the building to house their new boutique on the first floor.  The second story will be the Tucker’s home.  Sensibly Chic plans to open on Tuesday, Sept. 5.

The City of Jefferson and Jefferson Matters: Main Street truly appreciates the help of these young people and their coaches. 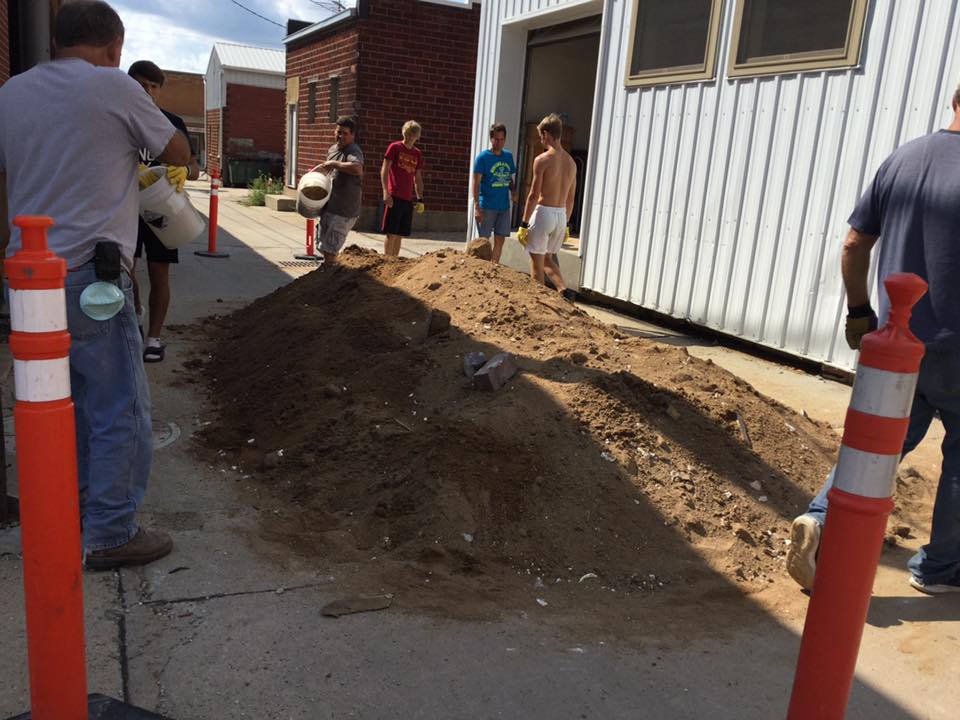